Since 2001 Etching have been a very important technique to impress my art. Process to make artwork is slow and very interesting. I also find very big inner piece while doing etching. Somehow it is very meditativ process, there is no hurry, every move and step is done with very carefully and closely, to get wonderfull finally results. Here is some of my favourite prints, but first I will give you some basic lessons of etching, hard ground and aquatint(there are lot of other techniques as well)and I hope that you will try etching as well! Don't be scared of acid or long process, Give it a try! Etching is great!

Etching is traditionally the process of using strong acid or mordant to cut into the unprotected parts of a metal surface to create a design in intaglio (incised) in the metal.

In traditional pure etching, a metal (usually copper, zinc or steel) plate is covered with a waxy ground which is resistant to acid. The artist then scratches off the ground with a pointed etching needle where he or she wants a line to appear in the finished piece, so exposing the bare metal. The échoppe, a tool with a slanted oval section, is also used for "swelling" lines. The plate is then dipped in a bath of acid, technically called the mordant (French for "biting") or etchant, or has acid washed over it. The acid "bites" into the metal (it dissolves part of the metal) where it is exposed, leaving behind lines sunk into the plate. The remaining ground is then cleaned off the plate. The plate is inked all over, and then the ink wiped off the surface, leaving only the ink in the etched lines.

The plate is then put through a high-pressure printing press together with a sheet of paper (often moistened to soften it). The paper picks up the ink from the etched lines, making a print. The process can be repeated many times; typically several hundred impressions (copies) could be printed before the plate shows much sign of wear. The work on the plate can also be added to by repeating the whole process; this creates an etching which exists in more than one state.

Hard grounds
Most typically, the surface of the plate is covered in a hard, waxy 'ground' that resists acid. The printmaker then scratches through the ground with a sharp point, exposing lines of metal which the mordant acid attacks.
Aquatint is a variation in which particulate resin is evenly distributed on the plate, then heated to form a screen ground of uniform, but less than perfect, density. After etching, any exposed surface will result in a roughened (i.e., darkened) surface. Areas that are to be light in the final print are protected by varnishing between acid baths. Successive turns of varnishing and placing the plate in acid create areas of tone difficult or impossible to achieve by drawing through a wax ground. 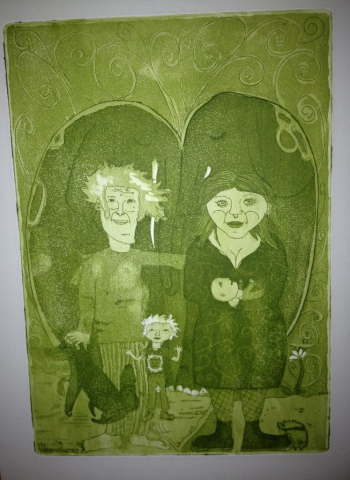 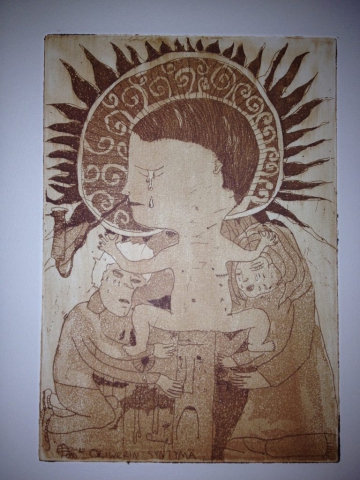 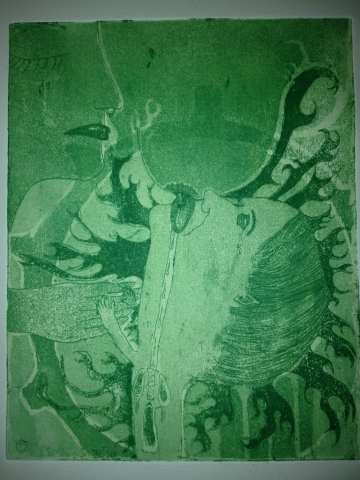 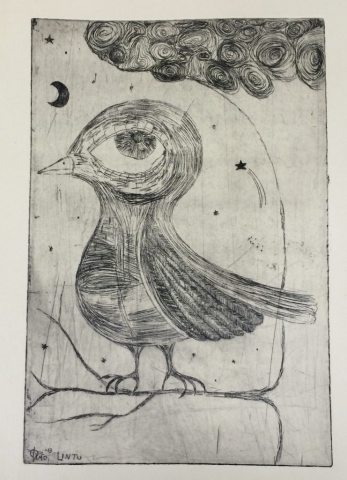 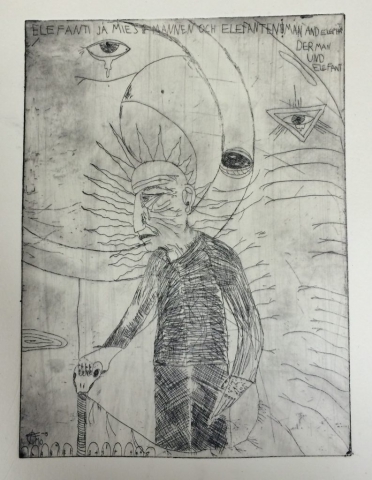 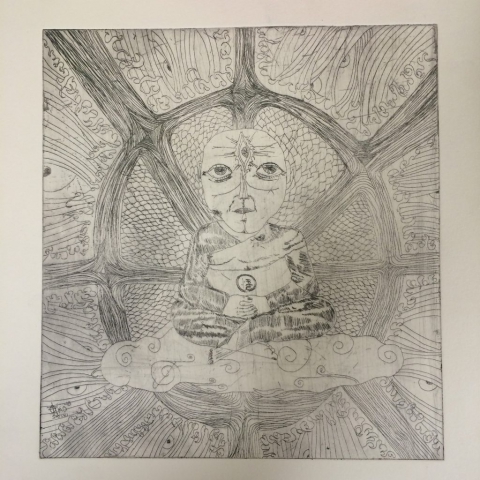